THE FATES of Chelmsley Wood schoolboys David Spencer and Patrick Warren still remain a mystery, 20 years after their disappearance.

They were spotted playing on the ice at Meriden Lakes during the day and then riding around the area on Patrick’s red bicycle he had received for Christmas from his family.

Just after midnight of Boxing day night into December 27 they went into the former Shell petrol station at Pine Square, which has since been demolished, where they asked the cashier for biscuits because they were hungry.

That was the last sighting of the youngsters.

But the senior investigating officer in charge of the case, Detective Chief Inspector Caroline Marsh, has said she is committed to finding the boys and bringing peace to their grieving families.

“I’m extremely hopeful there will be a resolution to this,” Det Ch Insp Marsh said.

“More so, for David and Patrick’s family – they desperately want closure and want to know what happened to them and they need to be able to put this matter to rest and move on with their lives.

“At the moment they can’t do that, so more than anything I want to be able to locate those boys and find out what happened.”

Det Ch Insp Marsh said officers still receive phonecalls from well-meaning people member of public providing suggestions as to what happened to Patrick and David, or where there bodies may be buried. 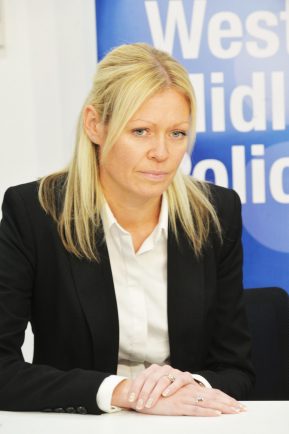 On each occasion, she said, the information is assessed and a decision made whether to follow up on any lines on enquiry.

But officers and the boys’ families have both come to the conclusion that the youngsters are likely to be dead.

Det Ch Insp Marsh added: “I believe it would be near impossible for an 11-year-old and 13-year-old to disappear 20 years ago and no trace of them be seen in the NHS system, the social services system – it is just not possible.

“Whatever happened to those boys, I believe they are deceased.

In 2006, convicted child killer Brian Lunn Field was questioned over the disappearance of the boys.

Field, who murdered and raped Surrey schoolboy Roy Tutill in 1968, had been living in the Chelmsley Wood area at the time Patrick and David disappeared.

But he denied any involvement in the case and police have no evidence at this time to suggest he is involved.

In 2003, a 37-year-old man was arrested in connection with the boys’ disappearances but he was later bailed and has never been charged.

“We will judge whatever information you have and make the necessary inquiries.

“But more than anything we need to find the boys for their families.”

* Turn to page five to read the emotional story of David Spencer’s brother, Lee O’Toole, who has spoken out for the first time since the youngsters’ disappearance.