CAMPAIGNERS have reacted with bewilderment after local MP Julian Knight used rising traffic levels on the M6toll road as a sign of economic recovery.

The MP has welcomed figures released by M6toll which reveal that from June to August there has been a 65 per cent increase in business and commuter traffic on the road and an 11 per cent increase weekend traffic.

This has been over a period when the operator reduced charges on the road due to Covid-19.

“These new figures are encouraging news and show the positive role that the M6toll is playing in helping Solihull and the West Midlands return to work,” said Mr Knight.

“The West Midlands transport networks will be crucial in aiding the economic recovery from Covid-19, and I hope M6toll will continue to be proactive in supporting the region’s growth over the long term.” 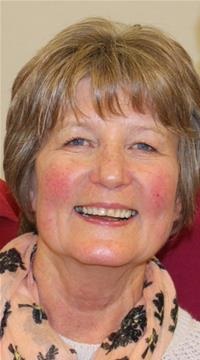 “M6toll dropped the price for using the road, therefore it’s a no brainer that more traffic will use it, so first and foremost it’s not great science,” said Chris Crean from Friends of the Earth.

“However, overarching all of that, the last thing we need to see is a return to the traffic levels that we had in 2019 if we are serious about the climate emergency and improving people’s health.

“Otherwise we will be losing the opportunity to see road space being used by all, including car drivers, but also pedestrians, cyclists, e-bikes, and e-scooters.”

Maggie Allen of Solihull Green Party said: “Using increased traffic levels as a barometer for economic activity is a strange way of making a point.

“Many people are still working from home and his own government has launched its Active Travel scheme to encourage other ways of moving about.

“We are never going to take all the traffic away but with the schools going back we need a modal shift in how we do things.”

M6toll launched its Let’s Get The Midlands Moving campaign during the lockdown.

It was aimed at helping Midlands workers and businesses in July and August by halving the cost of many local journeys for all vehicle types exiting at local plaza junctions.

In a further effort M6toll has also halved the cost for new HGV customers using the road end-to-end for a three-month period.