A SOLIHULL woman who has had her own mental health battles for several years has launched a campaign to help others facing similar issues.

Sarah Bannister, whose own fight came when she was 12 or 13, came up with the idea to post positive notes and quotes around Solihull on Suicide Prevention Day which was last Friday, September 10. 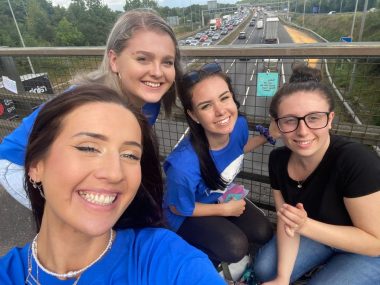 She put a call out on social media asking for others to get in touch if they wanted to be part of the project.

She was joined by her friends Marie Senec, Pip Rudge, Charlotte Evans and Lucy Glover while others helped behind the scenes sourcing the quotes and writing the notes.

Among the places they visited were the M42 Junction 4 bridge and Solihull Railway Station.

Sarah told the Observer: “The idea just came to me as a way of reaching out to people in a bid to make them feel less alone.

“I have just come out of a PICU (psychiatric intensive care unit) and have been sectioned the past few years but I’m ready to live my life and help raise awareness.”

The team put out more than 100 notes in total. 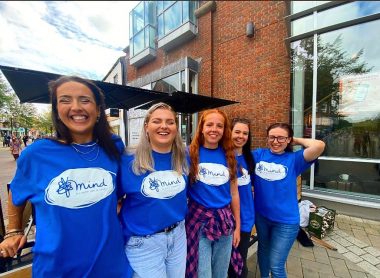 Sarah added: “It was really good – I went back the next day and put some more out as even though Suicide Prevention Day was Friday, raising awareness should be done every day.”

She is now appealing for even more people to get involved to help continue the drive.

Sarah added: “If anyone has their own quotes they’d like to put up or create some for me to put up, I’d happily do that.

“We need to do all we can to make a difference and help people in their greatest time of need.

“Together we can fight suicide.”

n Visit Sarah’s Instagram page – instagram.com/sarahbannister.x – to be part of the campaign.