SOLIHULL motorists could be charged to help pay for the upkeep of Birmingham’s parks.

According to Birmingham City Council’s cabinet member for clean streets, recycling and environment, Lisa Trickett, motorists from outside the city could be asked to help foot the bill because of the damaging air pollution they cause.

Speaking at a Parliamentary Communities and Local Government committee on Monday (November 14), Coun Trickett said Birmingham council had already been forced to make cuts to its park maintenance budget and argued the money could come through the newly created West Midlands Combined Authority (WMCA).

When quizzed her on her comments by Solihull MP, Julian Knight – seeking clarification on whether she thought council tax payers from other parts of the Combined Authority could expect to subsidise Birmingham’s parks – Coun Trickett replied: “Quite often the people living in the shires who drive their cars into my city for employment that create some of the air pollution.

“So I suppose it could be part of an overall contribution to the economic social well-being of the region.

“But those are questions I think we have to put.”

Describing parks and green spaces as ‘natural capital’, Coun Trickett told the committee that Birmingham’s parks had helped the NHS save £21 million in asthma costs and encouraged development and investment in the city.

Under the WMCA, she went on to argue they should be funded in a similar way to transport scheme.

She added: “In the West Midlands the role of the combined authority is to pursue growth – to ensure jobs and skills are coming into our region.

“Where we have cities, which are engines of growth over the next decades, we have to look at out parks and green space as a fundamental part of the growth of our cities. 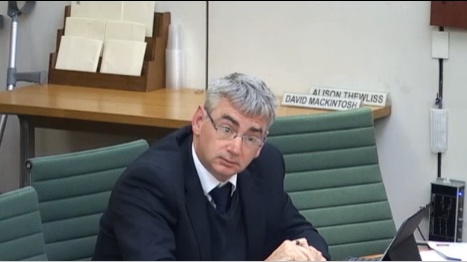 But Julian Knight has ferociously hit out at Coun Trickett’s proposals.

He said: “I have fought against attempts to create ‘Greater Birmingham’ ever since I was elected.

“Devolution is supposed to be about bringing power to our region from Westminster, not sapping power from our local communities into the big city.

“Councillor Trickett should consider that not only do motorists already pay huge sums in taxes, but when Solihull residents drive into Birmingham for work or leisure they are providing a substantial boost to the economy of ‘her’ city.

“I won’t allow badly-run Birmingham Council to use the Combined Authority as a backdoor means of squeezing money out of neighbouring communities just because it has run out of its own.”