A FORMER West Midlands Police officer has been convicted of dozens of sex offences against children over a 38 year period, the majority of which were committed while he was a serving PC.

During the course of two trials at Birmingham Crown Court Allan Richards was exposed as a dangerous and predatory paedophile who exploited his position as a policeman to rape young boys.

The 55-year-old from Tile Cross, near Marston Green, also spent most of his life as a scout leader and used this respected position in the community to commit many of his crimes.

Five of those convictions were for misconduct in public office.

His offences ranged from touching boys inappropriately in a local swimming pool and on scouting trips to serious sexual assaults he carried out after enticing children to his home in Tile Cross.

His catalogue of abuse began in the late 1970s, when Richards indecently assaulted scouts inside tents while camping, removing their clothes and touching them.

Richards started exploiting his status as a police officer in the 1980s as his offending escalated.

He told some of the youngsters that the reason he was touching them was to eliminate them from a criminal investigation and warned his victims not to tell anyone.

One of the offences was committed against a teenager inside Steelhouse Lane police station in Birmingham city centre after Richards purported to be carrying out a police inquiry.

His most serious crimes happened either at his home or in the local park, where he groomed many of the children while walking his Boxer dog − a detail which helped corroborate his victims’ accounts
In the late 1990s Richards raped a boy who was aged around 15 in an unknown location after initially luring him to a police station under the pretext of an official investigation. 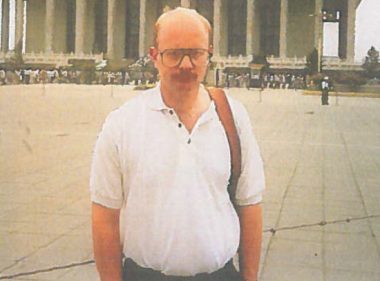 He raped another 15-year-old in the early 2000s after grooming two friends in a park while they were dressed in uniform and on their way to or from school.

In May 2014 police arrested Allan Richards after a man came forward and reported a sexual assault committed against him in 2006 when he was aged 15-years-old.

A key part of the prosecution evidence against Richards was a series of diaries dated between 1976 and 2015 that were found during a search of his Thaxted Road home.

Inside were hundreds of graphic entries detailing sexual contact with other men and boys, as well as information about children he had watched in a state of undress.

Further enquiries were carried out and it emerged Allan Richards regularly visited local swimming baths in Birmingham where he would watch children getting changed.

Records from leisure centre access systems revealed he would attend the baths around three times per week, on some occasions while children’s swimming lessons were being held at the centre.

For this, Richards was convicted of voyeurism. He was also found guilty of indecent assaults committed against scouts in swimming pools in the 1980s.

West Midlands Police has commended the bravery of the dozens of survivors who spoke out.

Detective Chief Inspector Tom Chisholm, from the force’s Public Protection Unit, said: “This is a truly harrowing case which has exposed Allan Richards for the incredibly dangerous individual that he is.

“The scale of his offending is deeply disturbing. I can’t even begin to imagine what the youngsters who suffered at his hands must have gone through at the time and during all those years since. 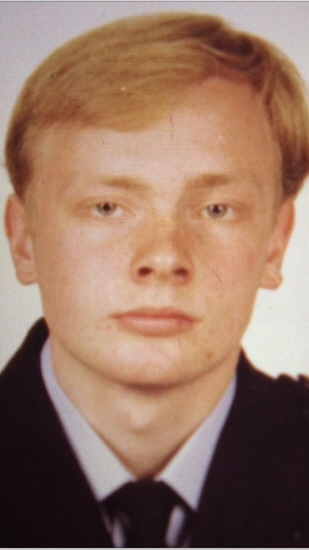 Richards’ warrant card when he joined the Police.

“Each and every person who came forward to make a complaint about Richards has shown the utmost courage and bravery and I’m extremely pleased we’ve been able to help them secure justice.

“What particularly disgusts me is the lack of remorse he’s shown for his actions, refusing to admit that he’s done anything wrong and putting so many survivors through the ordeal of a major trial.

“My thoughts today are with the people who’ve been forced to keep the abuse to themselves over all these years. Their bravery has helped to protect many more children from being abused.”

He said: “Allan Richards is a deviant and dangerous man who deliberately abused his position of trust and responsibility for his own sexual gratification.

“As a police officer who has spent my career protecting people it sickens me that at the time he carried out these crimes he was representing my organisation.

“Our records have shown that complaints were made about him and concerns were raised about his behaviour during his 30 years of police service.

“Although the matters were investigated and action was taken, Richards’ offending was never truly uncovered and safeguards therefore were not put in place to protect the public appropriately.

“I know no apology can take away the abuse, but I am genuinely sorry, on behalf of West Midlands Police, that people have been let down.

“Now that the trial has concluded, I will be contacting those who suffered at his hands to say thank you for their bravery and to repeat personally to them the apology that I make today.”

West Midlands Police made a referral to the Independent Police Complaints Commission (IPCC) in 2015 as soon as the extent of the inquiry and likely number of victims became apparent.

The IPCC confirmed that an independent investigation would take place at the conclusion of criminal proceedings and the force will fully cooperate with the inquiry.

Now that Allan Richards has been convicted, West Midlands Police will be requesting the forfeiture of his pension entitlement from the Home Office.

ACC Murray added: “It is no secret that there have been growing reports of historical failures within the police service across the country to investigate allegations of child sexual abuse.

“Indeed, that is why there the government set up an independent inquiry to consider evidence of institutional failures and ensure the best possible protection for children in the future.

“We have invested a great deal in our public protection unit, which makes critical decisions every day to protect the most vulnerable children and adults in society on a daily basis.

“Our culture has also changed significantly and I’m confident that if a similar situation was to arise again, the perpetrator would be stopped and safeguarding action immediately taken.

“All reports of sexual abuse are taken very seriously. I would encourage anyone who has suffered to report it to us or to a sexual assault referral centre, which can offer guidance and support.

“Nobody should ever be able to get away with the scale of abuse committed by Allan Richards for so long and we are determined to ensure this is the case by learning the lessons of this investigation.”

West Midlands Police and Crime Commissioner David Jamieson said: “Allan Richards has let down the public and the force.

“His crimes are the ultimate breach of trust. He exploited his position and the victims he was meant to be protecting at the lowest point of their lives.

“It is extremely worrying that he was able to remain an officer until as recently as 2011, only a year before the introduction of PCCs.

“I have commissioned a public report into the failings of West Midlands Police to ensure nothing like this can ever happen again.

“West Midlands Police needs to rapidly rebuild public confidence to make sure Richards’s vile crimes do not undermine the good work of the vast majority of officers.

“The force has very serious questions to answer and I will make sure the Chief Constable provides the answers the public – and Richards’s victims – deserve.

“Whilst the force have unequivocally apologised, West Midlands Police also needs to examine the cultures at the time and re-assure the public that they have made the changes required to prevent the offending of a criminal like Richards taking place now.”

Liz Truss tells Solihull about plans for the country