Murder arrest after string of knife attacks in Birmingham

A 27-year-old man has been arrested on suspicion of murder and seven counts of attempted murder following a string of knife attacks in Birmingham. 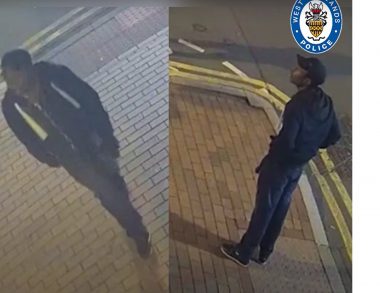 West Midlands Police said the suspect remains in custody after he was arrested at around 4am on Monday at an address in Selly Oak.

The force declared a major incident after eight victims were stabbed during a rampage spanning some 90 minutes in the city centre in the early hours of Sunday.

A 23-year-old man was killed in the attacks and a man and a woman, aged 19 and 32, remain critically ill in hospital after suffering serious stab wounds.

Police launched a massive manhunt for a sole male attacker on Sunday and released CCTV footage of a man they said was wanted on suspicion of murder.

But the force is also facing criticism of their response to the attacks, including why the attacker was allowed to wander the city for as long as he did.

Officers said they received the first call to Constitution Hill, north of the city centre, just after 12.30am, where a man had received a superficial injury.

This was followed by a further call 20 minutes later to nearby Livery Street, next to Snow Hill railway station. A 19-year-old man was critically injured and a woman was also injured.

An hour later at 1.50am, officers were called to Irving Street, to the south of the city centre, where a man died and another man suffered serious injuries.

Ten minutes later police were called to Hurst Street, in the heart of the city’s Gay Village quarter, where a 32-year-old woman was seriously injured and two men received lesser injuries.

Following the arrest, Birmingham Police Commander, Chief Superintendent Steve Graham, said: “Officers worked through yesterday and into the early hours of this morning in a bid to trace the man we believe responsible for these terrible crimes.

“We issued CCTV footage of the suspect and had a strong response from the public. I’d like to thank everyone who shared our appeal and who provided information to the investigation.

“One line of enquiry ultimately led us to an address in the Selly Oak area this morning where a man was arrested.

“Clearly this is a crucial development but our investigation continues. We still need to speak to any witnesses who saw what happened who’ve not yet spoken to us, or anyone who may have video footage or photos of the incidents or the attacker.

“We have a hotline number and a dedicated web page where you can submit information, photos and videos.”

Photos or video can be uploaded to a dedicated web page for the operation by clicking here. 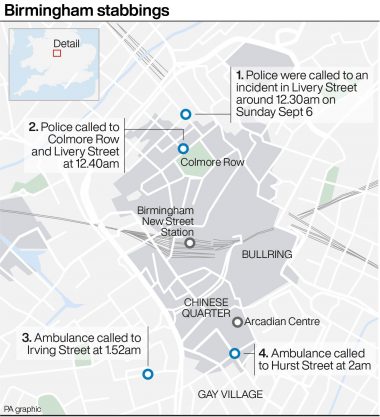