A DISTRAUGHT family from Marston Green had a holiday from hell when their 11-month-old daughter contracted a contagious disease while on holiday in Spain.

Mum Emma Connor, and her husband Lee, decided to book a week away in the sun with their daughter, Lily, before the arrival of their second child.

But within a few days of the holiday at the Family Life Mar de Menorca resort things took an unexpected turn.

Shortly after arriving at the resort, Thomson Holidays issued a notice telling holiday-makers a case of hand, foot and mouth disease – a virus which can spread from person-to-person after direct contact with contaminated surfaces – had broken out.

Deeply concerned about his daughter and pregnant wife, Lee quizzed a member of staff about the outbreak and expected to be moved elsewhere – but was told there wasn’t anything to worry about.

Despite the reassurance, Lily developed a high temperature and refused to eat or drink just two days later.

Panicked, her distressed mum rushed her to the onsite doctor and was later referred to hospital.

Speaking to The Observer, Emma said: “It was a horrible experience – she was so floppy.

“The hospital staff put it down to the fact she bumped her head the day before, but I wasn’t convinced as she hits her head all the time.”

“We were left in the hospital room for eight hours without food and drink – it was terrible.” 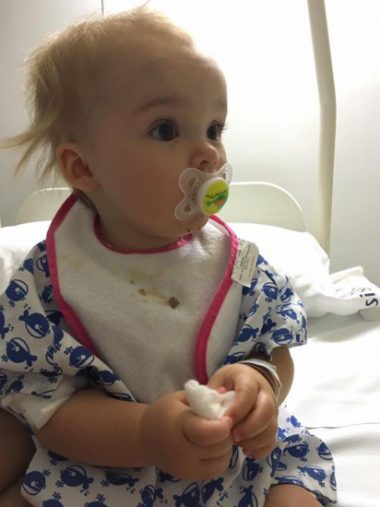 “In desperation, I discharged her from hospital myself and took her back to the hotel to try and get some fluids in her.”

Days before the family-of-three were expected to fly home, Lily and Lee woke up with small, red spots all over their mouths, hands and feet.

Following another trip to the doctors, the infected dad was told he had caught the disease off Lily.

Sore, uncomfortable and frustrated, the family were forced to spend the rest of their holiday locked away in their hotel room.

Emma added: “People couldn’t stop staring at us – it was so bad I had to hide Lily in her pram.

“When people could see the spots on both of their faces, we were told to keep well away from the swimming pool and play area.”

Since returning home, the family have been in contact with others who were staying at the resort at the same time – and discovered it wasn’t an isolated event. 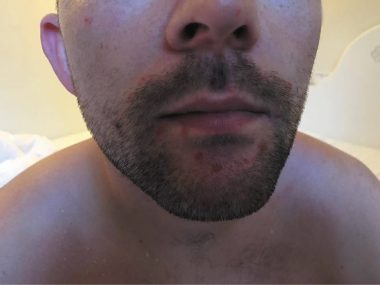 Despite feeling let down by Thomson, Lily and Lee are finally on the road to recovery.

In response, a spokesperson for Thomson said: “We were made aware of a small number of cases of the Hand, Foot and Mouth virus at the Family Life Mar de Menorca hotel.

“Our resort team were fully briefed to assist guests and proactively displayed information on how to spot and prevent the spread of the illness.

We would like to reassure our customers that their health is our number one priority, and Thomson closely audit all resorts to which we operate to ensure that hygiene and comfort levels are maintained in line with industry standards.”