A CHESWICK Green man has been jailed after he ran through a red light in his high-powered BMW and fatally collided with 90-year-old driver John Sassons Taylor in Solihull.

Mr Taylor, who was driving his white Peugeot 208, was turning right from Warwick Road onto New Road, when he was struck by Russell Averis, 25, on Wednesday, April 3, 2019.

Two days later Mr Taylor died in hospital as a result of the injuries he suffered in the collision.

Birmingham Crown Court heard evidence from officers that Averis, an electrician, had accelerated towards the traffic lights as they started to change from green to amber.

As the lights turned red, Averis passed the stop line at an average speed of 51mph. 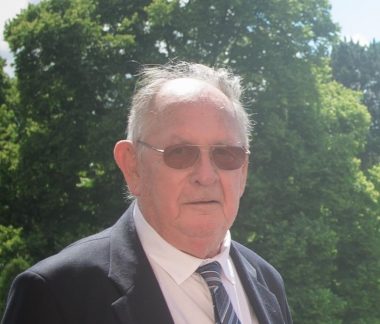 Averis struck Mr Taylor’s car, sending his BMW 4 series off the road and hitting a tree.

Forensic reconstruction officer PC Gurvinder Khosa concluded that if Averis had been travelling at the 30mph speed limit when the lights went from green to amber he could have comfortably stopped his car in the 55 metres available to him.

Averis, of Willow Drive, was sentenced to three years and four months last Friday, November 6, after pleading guilty to death by dangerous driving.

He was also disqualified from driving for 56 months.

PC Mark Crozier, from the Serious Collision Investigation Unit, said: “Once again excessive speed and aggressive driving have resulted in a death on the roads of the West Midlands.

“Mr Taylor died because Averis had one intention and that was to ‘beat the red light’.

“Our thoughts remain with Mr Taylor’s family for the loss of their loved one and this conviction highlights the dangers of excessive speed and aggressive driving which can so quickly escalate into disaster and loss.”