A DRUG driver who collided with two other cars in Castle Bromwich has been jailed.

James McIlkenny, 43, was over the prescribed limit for cannabis, was seen driving at speed and undertaking a car just seconds before he collided with Ross WIlliams on the A452 Welshman’s Road.

Police say McIlkenny’s orange Ford Fiesta hit the Peugeot 205 as Mr Williams was turning across the carriageway into Lanchester Way at about 8.25am on January 11 2019.

The 37-year-old suffered a serious head injury and was died at the scene.

Collision investigators calculated that McIlkenny was travelling at 65mph when he hit Mr Williams. The speed limit for the A452 is 50mph. 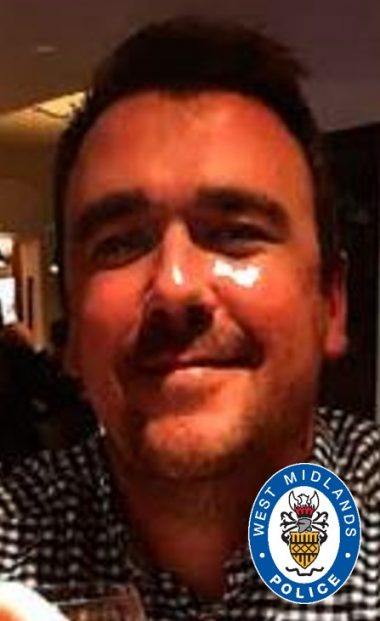 Ross Williams, who was killed in the collision in January 2019

Mr William’s Peugeot span before coming to a stop on the verge, while McIlkenny’s Fiesta was thrown into the air and ’barrel rolled’ twice before coming to rest on its wheels further down the A452.

A third vehicle, a black VW Golf, hit the central reservation as its driver tried to avoid colliding with the other two vehicles.

In a statement following the conviction, a spokesman for West Midlands Police said: “Our officers interviewed a number of witnesses with one driver describing how just before the fatal collision, the Fiesta had overtaken him at 65mph and then undertaken the VW Golf before pulling back in front of it.

“McIlkenny, who was treated in hospital for minor injuries, was later arrested and found to be over the prescribed limit for cannabis.”

In police interview, McIlkenny admitted to officers that he had undertaken the VW.

McIlkenny, of Lark Meadow Drive, Kingshurst, had previously admitted causing death by careless driving whilst over the prescribed limit for drugs.

He was sentenced yesterday (July 30) at Birmingham Crown Court to two years and four months in prison.

On release he will also be disqualified from driving for four years and have to complete an extended driving test.

Detective Sergeant Paul Hughes, of the serious collision investigation unit, said: “McIlkenny was driving over the speed limit and whilst over the prescribed limit for drugs when he collided with Mr Williams.

“There is no place on our roads for this type of driving. The resulting collision has tragically taken a family’s adored son, brother, uncle, brother-in-law and nephew and my thoughts remain with them.”