Woman, 18, detained by police after she tries to ignite petrol in Solihull McDonalds

A TEENAGER who tried to ‘set herself on fire’ in a Solihull McDonalds is being treated by emergency services.

The fast food restaurant on Solihull High Street was evacuated at noon as the 18-year-old woman poured petrol on herself and threatened to ignite it.

Ambulance and police are at the scene. 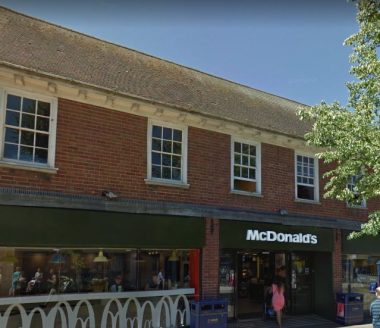 A spokesman for the West Midlands Ambulance Service said: ” We were called at five past 12 to McDonalds in Solihull High Street.

“We are currently treating one patient in an ambulance, who is a woman.”

West Midlands Police said: “Officers were called to McDonald’s in Solihull just before midday today (16 March) to reports of a woman trying to set herself on fire.

“An 18-year-old woman has been detained under the Mental Health Act. She did not sustain any injuries.

“The shop has been temporarily closed to ensure the safety of staff and members of the public.”

A spokeswoman for McDonalds told the Observer: “Following the incident our Solihull High Street restaurant was closed for a short time.

“The restaurant is now open and operating as usual and we continue to support the police with their enquiries.

“The safety and security of our customers and people is our absolute priority and no one was injured during this incident.”

Fears grow over future of services at Solihull Hospital