Young Lions aim to down Falcons this weekend after derby rout 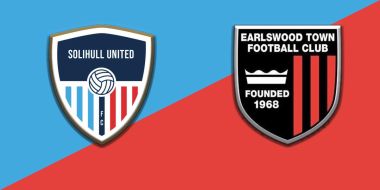 SPIRITS are high at Solihull United ahead of their clash with Boldmere Sports and Social Falcons, after a five-star show in the derby with Earlswood Town last weekend.

The Midland League Division Two table-toppers are still unbeaten after seven games, five clear of Barnt Green Spartak having played a game more with a goal difference twice as good as their nearest rivals.

And with the Young Lions winning four of their six victories to date on the road, confidence will be high of another success on their travels when heading to 11th-placed Boldmere on Saturday (3pm) – who have had an indifferent start to the campaign with two wins, a draw and three defeats, conceding as many as they have scored (11).

As far as recent head-to-head history between the two sides goes, Solihull have the upper hand, winning both encounters last season, including a 2-1 success in the same fixture thanks to a Costas Lautaru brace. 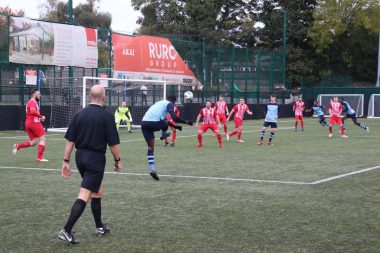 In a contest largely played in torrential rain, the spirit of Sam Manoochehri’s men refused to be dampened.

It was Town who looked most promising to start with though, putting Solihull under the cosh as they ventured forward in the hope of dealing an early blow.

The first major opening, a strike by Josh McKenzie from close range, had to be kept out expertly by Tom Parsons – a moment which could have changed the outcome of the game altogether.

As the half progressed, United settled into their stride and took the lead when Joshua Parsons curled a sumptuous effort into the far corner of the net, after receiving a short corner from Cameron Ebbutt and opening up the angle on the edge of the penalty area on 29 minutes.

And just like buses, Solihull’s second was only around the corner. Ebbutt was again the provider, dinking an intricate through ball over the Earlswood defence into Okafor, who was well-placed to fire home two minutes later.

But without warning, Earlswood hit back to bring the game back into contention again.

Once more it was McKenzie who was the central Town threat, converting from a corner two minutes before the break.

The words of Manoochehri at the break reinvigorated the hosts, with immediate chances following for Parsons, Sam Delaney and Okafor after the restart.

Then, nine minutes into the half, a foul on Kyle Hudlin offered Ebbutt the opportunity to try his luck with a free-kick 20 yards from goal.

And what an attempt it was, the former Bristol Rovers man crashing the ball into the net in emphatic style to restore United’s two-goal cushion.

After a stagnant period, some late action made the points safe for Solihull.

There was still time for another from debutant Lucas Powell, who almost made it a super six with a ferocious hit that threatened to break the net – albeit for the raising of the linesman’s flag to rule out the strike for offside.

Manoochehri was direct with his assessment of the performance, and said: “We didn’t start well, but we dominated the ball and I am pleased with that.

“We created lots of chances and could have scored even more goals. Our Goalkeeper made two top class saves.”

As for Earlswood Town, another derby awaits on Saturday (3pm) against Knowle in the battle between eighth and sixth at Hampton Road.

Tom Reynolds’ men have had an indifferent start with three wins and two losses, so will hope to start building some consistency starting with a clash with a Knowle side that have been winless in their previous two fixtures.