A COMEBACK from visitors AFC Wulfrunians handed Highgate United a bitter 2-1 defeat at The Coppice as the Midland League Premier Division kicked off on Saturday. 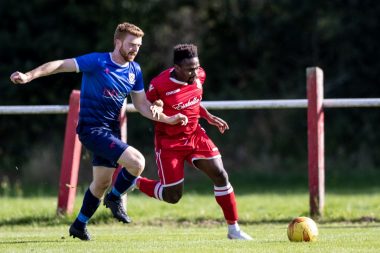 Highgate were unable to get off to
a winning start. Picture by Manjit Narotra/MSN Images.

So while The Gate put in a better showing than their surprise FA Cup humbling in midweek against AFC Brignorth, United are still waiting for a result to give their season lift off.

An injury crisis at the club has failed to help matters much, with a fourth goalkeeper at this stage of the campaign in Dan Maxwell having to be utilised, although the youngster did impress with a couple of solid saves.

The 21-year-old forward didn’t have to wait too long to make amends though, planting a header across goalkeeper Tom Hayward into the far corner from a Brown centre to put the hosts in front. 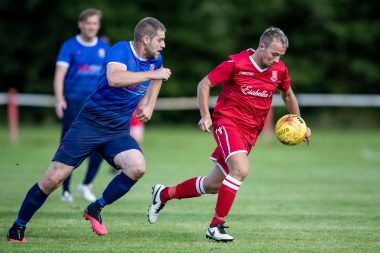 Highgate were unable to get off to
a winning start. Picture by Manjit Narotra/MSN Images.

Going behind seemed to spur the visitors from the Black Country on, and shortly after they restored parity when Spray fizzed a volley into the net after a Bishop strike hit the crossbar – leaving Maxwell with no chance.

While chances remained at a premium, Highgate threatened to restore their lead when Cameron Gayle fired a powerful drive against the base of the Wulfs’ post, a miss that proved costly when an unmarked Bishop nodded home from close range to win it.

Although Guy Clarke, Alex Price and Trevor Edwards all threatened with late chances, an equaliser did not come to leave Highgate with much to ponder before returning to The Coppice on Tuesday night to face Haughmond (7.45pm).