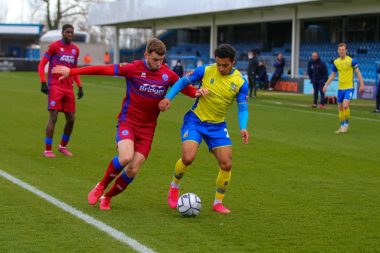 MARK Yates aims to make it two wins on the bounce at the SportNation.bet Stadium in tomorrow night’s National League encounter with Wealdstone, after guiding nine-man Solihull Moors to a 1-0 victory over Aldershot Town last weekend.

Cameron Archer’s 31st-minute strike was the difference on an afternoon in which Mitch Hancox and James Ball – the latter with a straight red – were both dismissed in the final quarter of an hour, ending a miserly run that saw Moors go nine matches without victory.

Ironically, it was against Aldershot on February 16 that Moors picked up their previous victory – prior to Saturday’s win – in the reverse fixture, giving Yates his first success since returning to the Moors dugout at the fourth attempt.

There was no man more pleased to see through victory than the 51-year-old, who lauded the application of his players throughout. 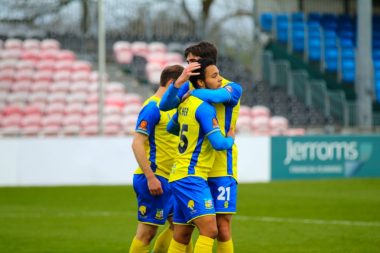 “It was totally deserved, I thought we were really good first half,” said Yates.

“We stood up to it [the challenge]. I can’t remember [Ryan] Boot having a save to make. He’s come and punched a couple, we’ve had bodies back there, some good defending and heads on the line – which we need.

“We looked like we wanted it, and that’s all that I want from them.

“We put Cameron Archer out on the left rather than up top with [Adam] Rooney, and I thought he was outstanding.

“He was a real threat all game, first half in particular with his goal, he had another couple of chances. Nobody wants to go near someone with pace.

“We tried to uncomplicate it and play the way that a few of the boys know, and put people in the right positions.

“We’ve been striving for that goal, for that win. We’ve had three difficult away games, two decent performances against Halifax and Bromley and then we didn’t play the way we wanted to [against Torquay] after setting our stall out.

“They listened to what we asked and did it manfully, to a man they were excellent.” 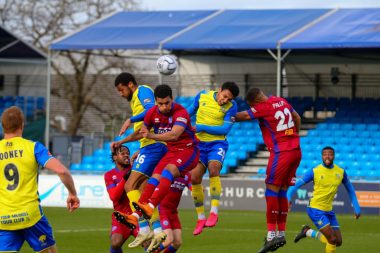 Solihull are now tasked with a Wealdstone side that have been similarly out of sorts, losing their lost three in succession which pits them three points and two places below the Moors in 19th.

Moors will be without the suspended duo of Ball and Hancox for the visit of The Stones, in addition to injured first-team stars Nathan Cameron, Stephen Gleeson, Alex Gudger, Callum Howe, Kyle Howkins and Jamey Osborne, in the first-ever meeting between the two sides.

The clash was originally scheduled to go ahead on January 30, prior to a postponement caused by a waterlogged pitch at Moors’ home ground.

A live-stream of the match can be accessed at the following link for a £7.50 fee, whilst radio coverage is provided by Switch Radio at switchradio.co.uk.