Lyons in after Highgate duo depart in wake of Vase exit 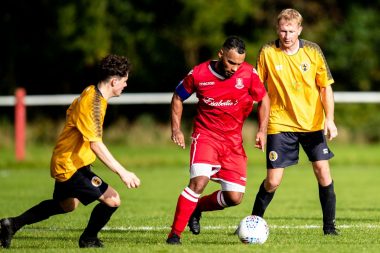 LITTLE time has been wasted by Highgate United to appoint Simon Lyons as their new manager – days after the joint resignation of managers Craig Woodley and Stuart Grosvenor in the aftermath of a 5-1 FA Vase defeat to Racing Club Warwick.

United were handsomely beaten in the second qualifying round of the Vase, leaving Woodley and Grosvenor with just two wins from their eight matches in charge since the beginning of the campaign.

The incoming Lyons is no stranger to life at Midland League Premier Division level, having previously managed both Heather St John’s and Romulus, with the new backroom team set to take charge of tonight’s league trip to Gresley Rovers (7.45pm).

Highgate’s humbling on Saturday afternoon was very much a straightforward affair, with not much by the way of resistance from The Coppice hosts. 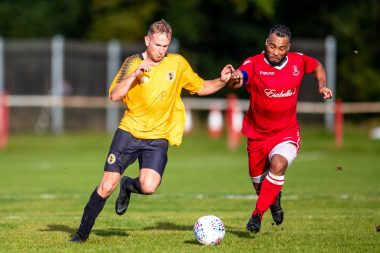 As has been the case so far this season, Gate had a number of key players missing including captain Sam Oji, while being without top scorer Romario Martin – who has since departed for pastures new at Walsall Wood.

It took Racing all of five minutes to find the net, albeit a goal ruled out for offside, followed by a close attempt by Sam Jackson – who swung an inswinging corner narrowly over the goal frame.

Lewis Fenney helped keep Warwick at bay with two excellent saves, before eventually succumbing to the consistent pressure on 33 minutes when Tom Smith fired home after a corner was poorly cleared.

Once the floodgates opened, the goals soon flowed, as the visitors doubled their lead three minutes later through Mason Rowley’s thumping header. 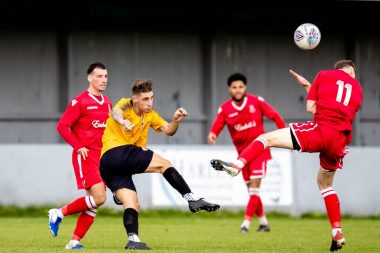 But despite the waves of Warwick attacks that faced them throughout the half, the hosts gave themselves a lifeline when Anthony Smith regained possession before beating Brandon Ganley in a one-on-one situation two minutes before the break.

The forward almost found a leveller seconds later with a carbon-copy opening, but when brought down in the box was dumbfounded to see his penalty appeals waved away.

It was a crucial miss, as Racing killed off the game in the second half. 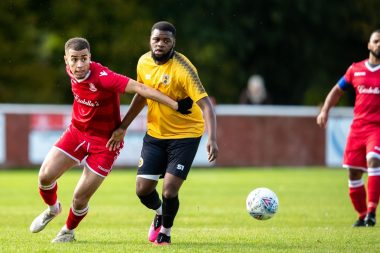 Smith almost reduced the arrears once more with a smart header, while Connor Mooney almost registered a goal on his return to Highgate when stinging the gloves of Ganley from range.

Then, with seven minutes remaining, the scoring was completed when Seabourne notched his second against his former employers by tapping into an empty net.