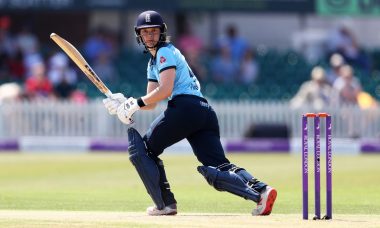 WARWICKSHIRE’S Amy Jones and Ama Agbeze will head a group of sporting talent to help steer Birmingham’s preparations as hosts for the 2022 Commonwealth Games.

The Athlete Advisory Group has been established to ensure that Team England’s focus ahead of the Games remains athlete centred and based on achieving maximum performance – a goal that will be aided by the selection of Commonwealth and Olympic champion Denise Lewis OBE as chairwoman of the committee.

After being invited to form part of the group of nine athletes, 27-year-old cricketer Jones admits that the opportunity to have her say on the direction of the event is highly encouraging.

“It’s all very new for me coming into my first Games and to be working with such high-calibre athletes on a group Chaired by Denise Lewis feels a bit surreal.” said Jones.

“It’s going to be really interesting getting involved with the discussions. I’ve never been able to have much input before so for decisions like the kit, so it’s great to know the people performing in it will be heavily involved.

“It’s a great move by Team England to set up the Group and really helps to make us at athletes feel valued leading into the Games, and that our opinions are important.”

Selly Oak native and netball star Agbeze says the move made sense from a sporting perspective, and will only help the solo preparations of the athletes involved in the steering group. 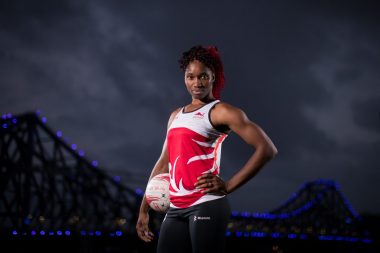 “Come Games time it is the athletes that have to perform, so who better to provide insight into getting it right than athletes themselves,” said the 38-year-old.

“There are also different nuances that are sport specific, so it is important to get a wide range of opinion from a team, para and individual sport perspective, alongside other things.

“It is almost a coming of age for me – during my first Games I was bright eyed, and bushy tailed, and it was all about me, moving to my third Games where I had a far broader perspective, to now where I understand that so much work and planning goes into every minor detail.”

“I am in the Athlete Advisory Group as a Commonwealth Games England Board member, but also as an athlete who has been to three Games. One of our biggest tasks is to ensure that every Team England representative feels and buys into our team unity and collective mission.”

Joining Jones, Agbeze and Lewis in steering preparations are seasoned winners Alistair Brownlee, Alice Tai, Ali Jawad, Anyika Onuora and Declan James – with Aimee Willmott as vice-chairwoman – each member being selected based on their experience of major multi-sport events.