Jagroop at the double, but Selston strike back to deny Gate

A MEMORABLE afternoon in Nottinghamshire turned sour for H 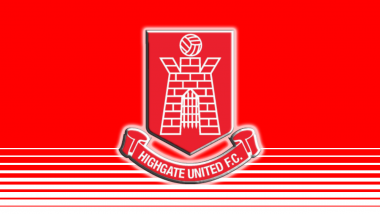 ighgate United after throwing away a three-goal lead to draw 3-3 against Selston.

In the battle between two of the sides placed inside the bottom three in the Midland League Premier Division, United found themselves three goals to the good after just 29 minutes, with Isaac Jagroop netting either side of Trevor Edwards’ 20th-minute effort.

But with the hosts netting three times in 15 second-half minutes, Simon Lyons was denied a first win as Highgate manager, with a fellow new face in the opposite dugout in Karl Steed helping Selston earn their first point of the season at the tenth attempt.

As has been the case for the majority of the campaign so far, Gate were forced into several changes with goalkeeper Matt Sargeant and outfield players Ryan Pace, Emit Delfouneso and Isaac Jagroop all making their first appearances this term.

Possibly the biggest positive prior to kick-off, however, was the return of captain Sam Oji at the heart of the Highgate defence, pairing up with Tom Fishwick – a recent arrival from Studley.

It was fair to say that United put in an outstanding showing during the first period, taking the lead after just eight minutes when Jagroop headed home at the back post.

Then, 12 minutes later, Edwards blasted a sumptuous strike low into the corner after playing a one-two on the edge of the penalty area.

Matters got even worse for the hosts as Jagroop notched his second of the afternoon just before the half-hour mark, latching onto a through pass before finishing the move in style – powering the ball into the top corner.

Highgate were guilty of failing to take a number of half-chances that fell before the break and perhaps took their foot off the gas following the interval with the game presumed to be won.

But as is often the case in football, a reality check is never far away, something which could not be evidenced more by two goals in the space of a minute which brought Selston back into contention.

Lucas Brough was the man to get the hosts on the scoreboard in the 66th minute, heading home from close range, before John Fones found the net a minute later with a wonderful cut inside and strike into the far corner.

With Selston’s backs up, it was one-way traffic until the hosts earned their just rewards, an equalising goal nine minutes from time.

Brough was again the provider, completing his brace with a finish at the back post from Harley Kozluk’s cross to stun the visitors.

While Highgate and Lyons will be desperate to make amends for the weekend’s downfall, they will have to wait until Saturday for their next outing – hosting fourth-placed Newark in a 2 o’clock kick-off at The Coppice.

United, who are 17th, were due to visit Boldmere St Michaels at the Trevor Brown Memorial Ground on Monday night, a fixture that has now been postponed with four positive COVID-19 tests in the Boldmere camp.