CRICKET: THE champagne is on ice for Knowle and Dorridge Cricket Club as the first team require just one more league point to secure the Birmingham Premier League title.

And skipper Sam Reddish told The Observer not one member of his side will be celebrating until the final point is secured.

Knowle and Dorridge require just 100 runs or three wickets against Shrewsbury on Saturday to clinch the title.

A bonus point of any kind will do for Reddish’s men who face Shrewsbury on the road, the only other side in the league that can deny K&D title glory.

It would take an unheard of effort for Shrewsbury to turn the wheel of fortune in their favour, but Reddish insists his side are focused on the job and want to complete their league campaign in style.

“At the start of the season we set ourselves the target of wanting to be able to compete for the league title within five years. To have almost clinched the league title in our first year is incredible.

“We have a good, solid, young team that we’re looking to build on year-on-year.

“Beating our rivals Dorridge and Berkswell isn’t any more memorable that our other wins this season.

“They’re both great teams and were tough to play against.” 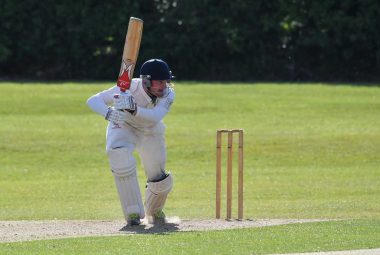 K&D’s title credentials were made a little easier on Saturday when they defeated Ombersley by 58 runs through the Duckworth/Lewis method after rain intervened with play.

The 20-point win ensured Reddish’s men can travel to Shrewsbury on Saturday knowing the title is just three balls away from them.

And the skipper is relieved to not be in any closely fought final-day title battle.

He said: “If we lost against Ombersley then Saturday’s game would’ve been tough albeit an exciting end to the season.

“We’re almost there. The fact we’ve had a lead at the top of the table for a while does help.

“We’d love to win against Shrewsbury and show people why we’re top of the league.

“That’s our aim. To go out on a high. I’m sure they’ll do everything they can to stop us.”

Knowle and Dorridge can put much of their title success this year down to New Zealand international George Worker, who signed for the club at the start of the year.

And the opening batsmen chose Knowle and Dorridge to base himself throughout the summer incase he was needed for international selection.

Though the 28-year-old will not play on Saturday, after flying back to New Zealand last weekend, Reddish was full of praise for the all-rounder.

He said: “George has been great one and off the field. He’s helped us win games this year.

“Moving to Knowle and Dorridge made sense for him as the New Zealand team were based around Edgbaston for the ICC Champions Trophy.

“So if he was needed, he was only around the corner.”

Knowle and Dorridge’s crunch game against Shrewsbury on Saturday starts at midday.