FOOTBALL: ENGLAND international Laura Bassett admits she has been taken back by the rise of women’s football across the country as attendances and player participation continues to grow year-on-year.

Bulkington-born Bassett was aged just nine when she took up football by playing for her local side and back then the women’s version of the sport was still very much at grassroots level, with teams playing on their local park in front of small crowds.

But that was 24 years ago and since then the women’s game in the UK has grown rapidly in recent years, with participation and attendance figures growing year-on-year.

“I got involved in football through my brother and dad who were both football mad but now the women’s game as grown in popularity since then,” Bassett told the Observer.

“When I was playing Coventry were just playing friendlies against local teams in front of one man and his dog down the park, but the game has moved on a lot since then.

“It’s a lot more structured now with the league pyramid in a place and teams like Coventry are playing competitive football and coming through the levels.

The average attendance for top flight women’s football in England was 1,128 in the Women’s Super League 1 (WSL1), which was up five per cent from the previous season.

And over 4,000 spectators watched Manchester City beat Chelsea at the Academy Stadium to secure the 2016 league title, which is almost the same as the average attendance in League Two.

It was confirmed back in October that the FA is going to increase its budget for the women’s game to £17.7m, which is a 16 per cent increase as they look get more younger players involved at primary school level.

“It’s unbelievable when you see how big women’s football is now compared to when I first started out.

“Sometimes you have to pinch yourself when you consider just how far we’ve come in such a short space of time.

“I remember watching the FA Cup when it was played in front of just a hundred people, but now it’s played at Wembley which is fantastic and SEE have helped make that happen.

“I think the standard of the women’s game has been a big factor because more and more women are playing.

“What makes women’s football different to the men’s game too is that is still has that family feel about it. The players stick around after matches to speak with fans and pose for pictures.

“When you see eight-year-olds get a chance to meet their idols you know it’s going to rub off on them and who knows it might inspire them to go on and become players themselves.” 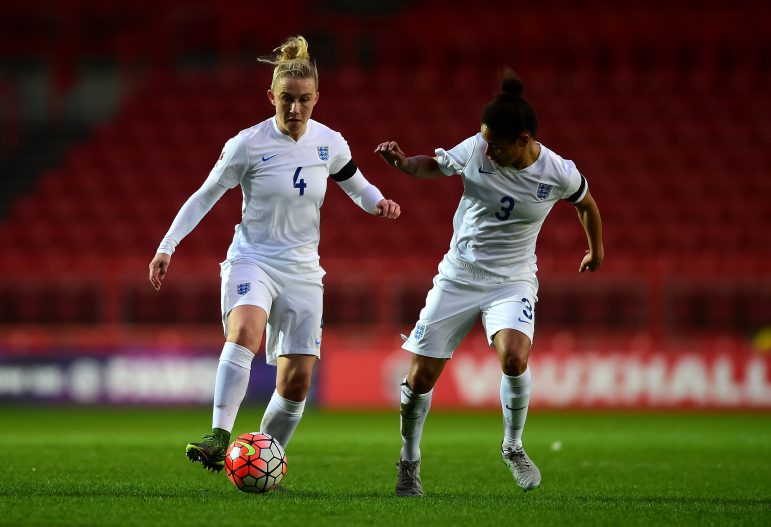 One of the biggest factors behind the rise of women’s football in the country has been the success of the England senior side.

Mark Sampson’s Lionesses captured the hearts of an entire nation at the 2015 Women’s World Cup in Canada where they made it through to the semi-finals only to lose out to Japan.

Bassett scored an own goal in that match but showed tremendous courage to bounce back along with her team mates and beat Germany to third place.

“We captured the hearts of the nation and it was an achievement the whole team and staff can be very proud of.

“I have so many fond memories of that World Cup. For us to come away with a medal was a fantastic feeling.

“It was all down to hard work, determination and effort and it’s something that we all have to be proud of.

“We captured the hearts of the nation and we were shocked by the level of support that we were getting back home.

“It could have been an even bigger audience had the kick-off times been better for those people watching back at home but it’s great that we could inspire grassroots football.

“The national team are still doing that now after a really impressive qualification process for EURO 2017. It would be great if we could inspire the next Jill Scott or the next Karen Carney.”

While the men’s team seemingly continue to disappoint following another poor performance at a major tournament last summer, the women have picked up where they left off in Canada.

A near perfect qualifying campaign saw Sampson’s side remain unbeaten as they finished top of Group 7 to book their place at Euro 2017in Holland.

Bassett feels England can perform well on the big stage again but she feels playing against European sides will be a tougher challenge.

“Playing against teams in Europe is very different to playing in the World Cup because the teams have their own entity and play in a different way.

“As we saw at Euro 2016 in the men’s game, there were lots of tight, close games so it will be different but we have a very strong national side now.

“The team recently qualified in style and now the team are determined to take the next step.

“The players are always working hard and if we did come away from Euro 2017 then I’m confident we can inspire the next generation of players to come through.” 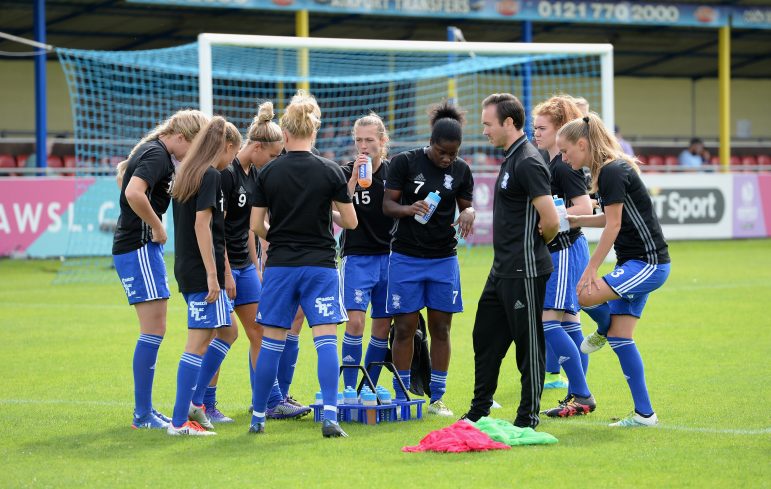 Domestically Bassett has suffered an injury-plagued season with Notts County who finished sixth in the WSL1, while Man City ran away as clear winner after finishing five points ahead of second-placed Chelsea.

Next season the top two flights of women’s football will revert back to playing a winter league and Bassett feels that will help make English clubs stronger in Europe.

“When we first moved to a summer league I could see the reasons why but I do see the benefits of going back.

“We want our teams to play at the highest level and switching back to a winter league will help our clubs compete in the Women’s Champions League. Playing in the winter will help with that.

“With the facilities and backing that Manchester City have had in recent years it hasn’t come as a surprise to me seeing them win the Women’s Super League.

“A lot of clubs aspire to be like them. It’s a very competitive league but Man City have raised the bar this season.”

Bassett also keeps an eye out on her former club Birmingham City Ladies who despite being tipped for relegation following the departure of England trio Karen Carney, Jade Moore and Jo Potter, managed to finish fourth in the WSL1.

“There are great people at Birmingham and I would never tip them for relegation.

“I’ve played for them twice and I know they have a knack of producing talented players so they’ll always have a competitive team.

“Having an impressive academy and giving young players a chance to break into the first team is something Blues pride themselves on.”

Coventry United’s girls only football sessions are part of SSE’s commitment to supporting the women’s game, from the grass roots to the bright lights of Wembley Stadium where The SSE Women’s FA Cup Final will be held in May.