RUGBY UNION: BIRMINGHAM & Solihull Bees picked up where they left off before the festive break after starting 2017 with a convincing 38-7 victory over Towcestrians to extend their winning streak in the National League 3 Midlands League to seven matches, reports Steve Johns.

A five-try bonus-point win against sixth-placed Towcestrians was the perfect way to toast the New Year for the Bees who remain third in the table, hot on the heels of second-placed Sheffield.

Foggy yet mild conditions at Portway set the scene for both sides to come out firing in the opening ten minutes.

Bees were eager to avenge their defeat to Towcestrians earlier in the season and went about this early on when a catch and drive from a line out allowed Zane Raimondi to crash over from short range and Jack Jolly converted.

The hosts doubled their advantage after a determined sequence of play starting from Raimondi’s courageous dive onto a loose ball to secure possession. Fly half Max Rodman fed Ashley Scriven who carved open the Towcestrians’ defence, side-stepping the full back to go under the posts and Jolly added the simple extras to make it 14-0. 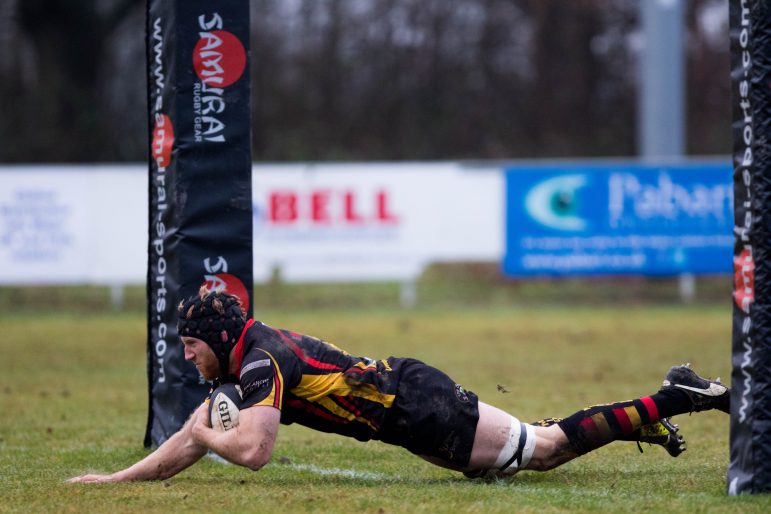 From a spell of possession at the midway stage of the half, Bees’ Matt Tibbats showed sublime speed of hands to feed outside centre Callum McBurnie for a try in the left hand corner.

Jolly continued his excellent kicking form by impressively converting from the touchline and soon added another penalty from a collapsed scrum, making the score 24-0 at half time.

Towcestrians came out and threw the proverbial kitchen sink at the Bees’ defensive line for the first 15 minutes of the second half.

The hosts held firm until a momentary lapse led to a try for Towcestrians’ left winger Matt Bodily. Inside centre Benjamin Rowe, matching Jack Jolly’s effort in the first half, converted smoothly from the touchline, clawing back the score to 24-7.

Even amounts of possession for large portions of the second half denied the scoreboard any more points from either side and it was late on in the second period before the Bees extended their lead, and importantly secured the bonus point try. 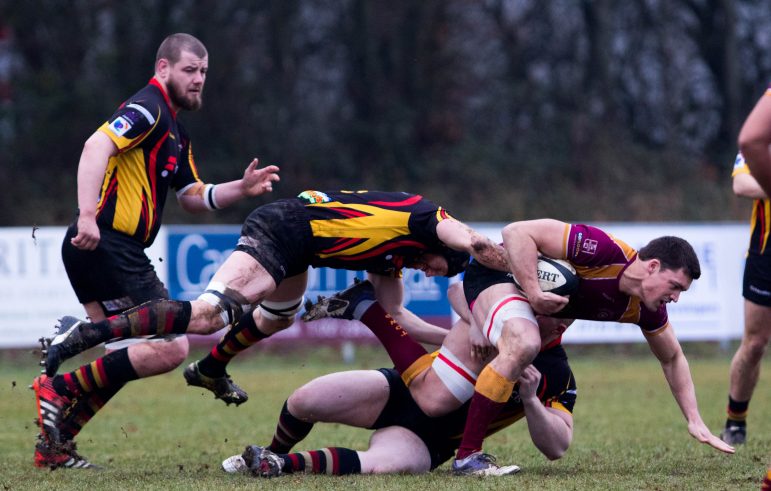 Jack Jolly sold the Towcestrians defence an audacious dummy and slid between two would-be tacklers to dive under the posts. The Bees’ home support were jubilant and when Jolly added the simple extras, he put the result beyond doubt at 31-7.

In one of the final plays of the game, Bees tighthead Kurtis Payne was on hand to take a pop pass and power another ten metres to score a try, taking three defenders with him in the process. Jolly added the final points of the match with the conversion, making the final score 38-7 in Bees’ favour.

This Saturday Bees are at home home again as Bridgnorth visit Portway.