BERKSWELL all but confirmed their status at GWT Group Three winners in the Birmingham & District Premier League after a 33-run victory over neighbours Knowle & Dorridge. 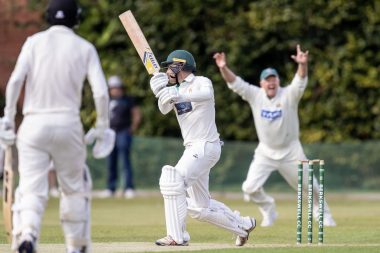 Being put into bat first after K&D won the toss, Berkswell hit 142 for nine wickets at The Lant, much in part to contributions from opener Ateeq Javid (37), Nick James (29) and Richard Jones (26).

And despite the best efforts of the visitors, who top scored through tailender Lawson Attwood (23), they were undone by fine bowling from the likes of David Brignull (3-35) and Javid (2-6).

A steady start by the hosts was disrupted when opener and skipper Dominic Ostler (7) was bowled by Chris Cheslin (2-19), while number three C J Whittock only managed eight runs before succumbing to Sam Reddish (1-33).

So there was a sense of relief then when his replacement James helped Javid build the hosts’ most productive partnership of 34 runs, only for the latter to fall at the third wicket when being ousted by Attwood (1-39). 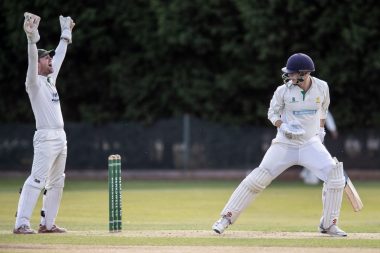 While Tom Lewis (1) was out by the fourth ball he faced – caught by Alex Phillips from Neil Dexter’s delivery (3-28) – Jones helped build Berkswell’s run chase from the middle order, reaching the century mark before the fall of James for lbw (Cheslin).

By the time Jones was eventually dismissed for the seventh wicket (Dexter, lbw), the hosts had edged their way to 133 runs.

But with Liam Gately (0) and Grant Thornton (8) being dismissed in quickfire fashion, there were fears Berkswell may not see out their 40 overs.

Joshua Aspinall (1 n.o) and Brignull (7 n.o) helped deputise effectively to see the hosts through, leaving them on a more solid footing than had originally been feared. 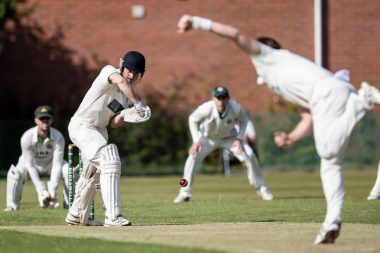 While a tail-end revival of sorts from Cheslin (22) and Attwood – who laid on a best combination of the game with 46 runs accumulated – followed before the ninth wicket – it was too little too late, Javid bowling both in successive balls to secure victory.

Group leaders Berkswell can confirm their status as winners by seeing off fifth-placed Dorridge at Grange Road, while second-placed Knowle & Dorridge host basement boys Kenilworth Wardens at Station Road on Saturday (11am).