RETURNING West Bromwich Albion forward Nick Clayton-Phillips says he was always ready to accept the call from manager Jimmy Shan to return to Solihull Moors on a season-long loan. 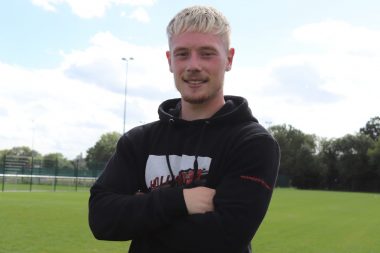 The 20-year-old winger made four appearances in a short spell at the club that was cut short by the abandonment of the National League season last term, but now returns hoping to make a more considerable impact at the SportNation.bet Stadium.

Clayton-Phillips’ goal for the season with Moors is clear – seeking promotion.

“I know quite a few familiar faces and it’s [a] local [club] to me as well. I wanted to be part of the journey, ultimately to try and get promoted,” he said.

“When I found out that Jimmy wanted me back for the season, I was ready to come back.

“I feel like coming here for my development is the best place for me to be – I can’t wait to get started with the lads.”

Shan has described his new man as “quick, direct” and with “excellent movement”, who can play in a variety of attacking positions.