Motoring: Ten of the best cars to get on the new ‘71’ plate this September

SEPTEMBER sees the introduction of a new number plate, and these are the best cars to wear it, write Ted Welford and Darren Cassey.

It hardly seems five minutes since the ‘21’ number plate was introduced in March, but as September fast approaches, the introduction of the new 71-plate is on its way.

The last six months have been especially busy for new cars, meaning the choice of brand new metal to purchase remains as extensive as ever – from hot hatches through to new EVs, the range of new models is extensive.

To help you decide, we’ve picked out some of the best new cars to get this new number plate…

Audi’s ramping up its range of EVs, and next in line is the Q4 e-tron. 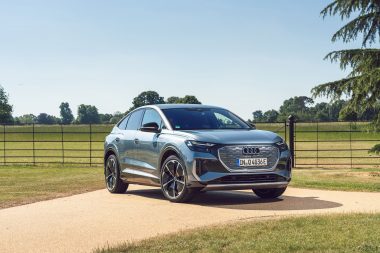 It becomes the brand’s most affordable electric car, and the German firm predicts it’ll become one of its biggest sellers in the years to come.

With a range of up to 316 miles, a high-quality interior and the option of a sleeker Sportback model or more conventional SUV version, it’s also one of the best EVs on the market.

Like Audi, BMW’s broadening its electric range dramatically, and though a number of new EVs will be launched in the coming months from the Bavarian marque, next up is the iX3 SUV.

It’s been a long time coming, as BMW first unveiled it in July 2020 – but with a high-quality, practical interior and electric range of up to 286 miles, it’s proven to be worth the wait.

Fiat’s 500 has proven highly lucrative for the Italian firm since it was revived in 2007, and now it’s back with an all-new electric model that aims to maintain its popularity. 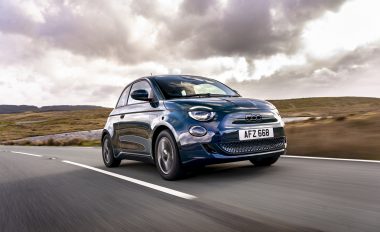 Though it will be sold concurrently with the petrol 500, this electric model barely shares a component with that car.

With a host of advanced technology we’ve yet to see from Fiat before, an electric range of up to 199 miles and the same fun styling the 500 is known for, it’s one of the best EVs on sale today.

Though Ford’s Mustang might be best-known for being a V8-powered muscle car, recently that nameplate has been used on the brand’s first EV – the Mustang Mach-E.

With a Tesla-rivalling interior, practical SUV body style and electric range of up to 379 miles (one of the longest of any EV), it’s well worth considering in this increasingly popular class.

If you’re tired of your typical German premium brands and fancy something a bit different, it could be worth considering a Genesis.

Owned by Hyundai, it’s existed elsewhere in the world for several years, but is just launching now in the UK.

With a bold design and particularly refined drive, its largest GV80 SUV is well worth considering.

Genesis also aims to shake up the ownership experience, as you’ll get a ‘personal assistant’ that helps to arrange any service and maintenance.

Showing just how diverse Hyundai’s line-up is, next up we have the Ioniq 5 – one of the most eagerly-awaited new cars of 2021.

It’s one of the most creative pieces of car design in recent years, while also underpinned by some stellar technology – including a feature that lets you use the car’s battery to charge high-power electrical equipment.

Its interior is also very spacious, and it packs a 298-mile electric range in top-spec guise too.

The cherry on top is that it’s one of the fastest-charging EVs on the market today.

Electric vehicles tend to be much more expensive than their petrol or diesel counterparts, so any car that bucks that trend is going to be appealing. MG has seen its sales massively increase since introducing the MG ZS EV, and that’s only continuing with the introduction of the MG5.

Now there’s an updated version of this electric estate that, as the name suggests, has a longer range. It’s now able to go up to 250 miles per charge.

If you’re looking for a high-riding family car, the Qashqai will be one of the first on your list.

It arguably created the crossover segment and has been a huge sales hit for Nissan, still finding its way into the UK bestsellers lists.

The new model brings a much sleeker appearance than before and a more premium interior, along with more impressive equipment.

The Qashqai is nudging upmarket.

Tesla’s reign at the top of the electric vehicle market is under threat, thanks largely to the Porsche Taycan. Competing directly with the Model S, the German car is arguably better to drive and has a much higher quality interior.

One downside was practicality, but that’s been fixed with the Cross Turismo.

It’s essentially an estate version of the Taycan and it looks absolutely gorgeous. Potentially even better looking than the regular model, in fact.

Skoda’s reputation for making simple, affordable and highly practical cars means that its foray into the electric car world has been highly anticipated – pricing being a major concern for those wanting to buy an EV.

The Enyaq should be a big success for the firm, as it’s a hugely practical crossover that’s also great to drive and has an impressive battery range.

It’s perhaps not as inexpensive as you might want from a Skoda, but it does well to justify the price.

Losing a partner: 3 people share how they’ve learned to live with grief and find joy again

Honorary degrees: What are they and how do you get one?